In a few minutes from now, I will tell you the reasons why people hike, and these reasons will be grouped under two points. 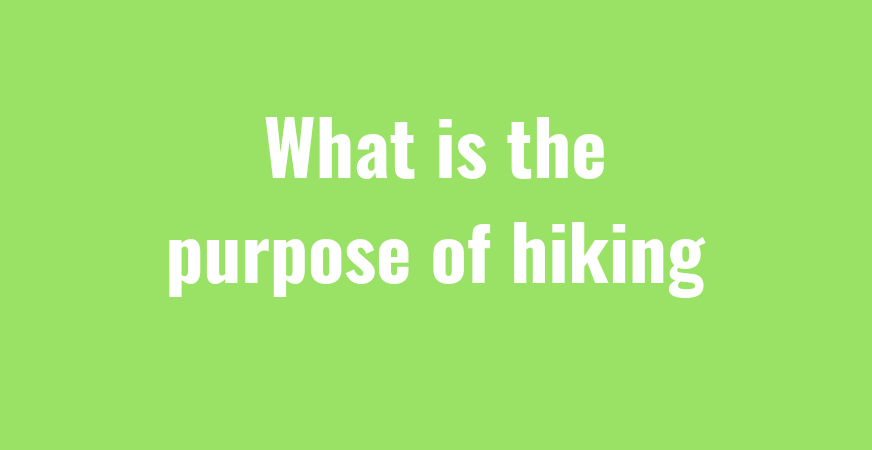 Hiking as a Hobby

Hiking which is sometimes referred to as trekking or walking (these three terms have slight differences) was solely meant for people to have fun. It was practically done for enjoyment.

According to Wikipedia hiking came to light when people started losing touch with nature because of the man-made environment (urbanization and industrialization).

If you should actually think of it, you will discover that more people in developed countries actively participate in hiking than those that are not (those in Africa).

The reasons being that a large population of Africans are still very much in touch with nature.

But after years of developing into what it is now, synonymously to the advance of science and technology, it became evident that other than pleasure, hiking also has a tremendously positive effect on the health of those who engage in it.

It was now discovered that hiking has lots of health benefits after several studies were conducted over the past years.

Because according to Statista after carrying out a survey, they compared the number of hikers in the US alone in 2008 and that of 2017.

The number of hiker’s almost doubled.

But don’t be confused.

The main purpose of hiking is for recreation.

Earlier on I told you I will group the purpose of hiking into two points.

Well, this is the second.

Before going any further, we will look at the meaning of ecotherapy.

Ecotherapy is a treatment method recommend by doctors

by doctors to patients which involves hiking in a natural environment.

As I said, other than fun, people now hike for several health reasons which include but not are limited to these;

On a broader category, the health reason why people hike is classified as either “mental or physical”.

The science of hiking: why hiking maybe good for your health

Now you have seen it.

The reason why people now hike a trail has evolved just like every other thing over the years.

This site uses Akismet to reduce spam. Learn how your comment data is processed.